LA Galaxy began their new MLS (Major League Soccer) campaign with a win after they recorded a late goal to beat defending champions New York City FC (NYCFC) in front of their home. The target for LA Galaxy before their 2022 MLS opener against New York City FC was to start in a positive and they did just that though they had to leave it late. 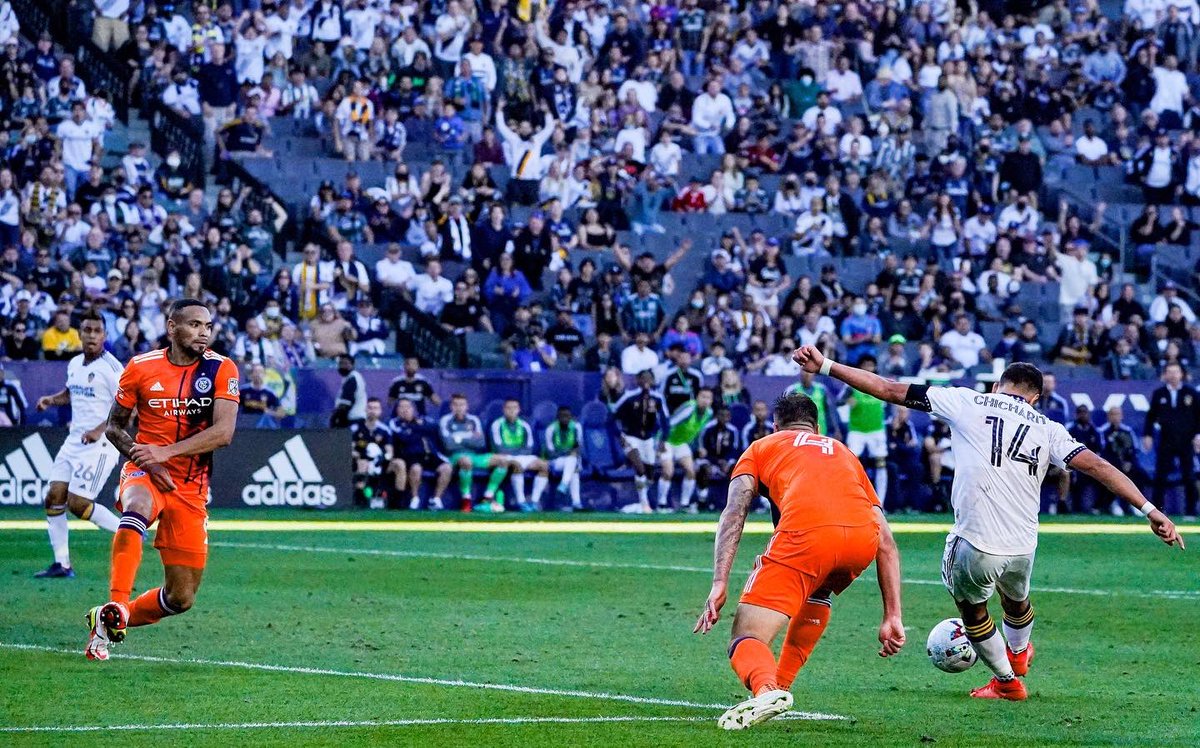 It proved to be a determined win for LA Galaxy as the hunger for the win on the part of the players was evident from the start of the game. In the end, LA Galaxy were deserved winners even if the outcome of the game could have gone either way. The LA Galaxy restricted the NYCFC attack to just one shot on goal throughout the game.

LA Galaxy debutant Raheem Edwards had a very good game on the occasion of his first appearance for the MLS giants. He won the ball back after playing a bad pass in the LA Galaxy attacking third before playing a perfect pass to Mexican national team striker Javier ‘Chicharito’ Hernandez on the left side of the LA Galaxy attack. Chicharito thereafter produce a composed finish to win the game for the home team in the last minute of the game.
Hosts LA Galaxy struck the winning goal at a very good time as the New York City FC players had just stoppage time to find a reply to the strike from Javier Hernandez. In the end, the reigning MLS winners could not find the equaliser as they started the defence of the title they won last season with a defeat.
The aforementioned Edwards was named in the MLS Team of the Week earlier in the week after his impressive debut for LA Galaxy at left-back. In addition to being solid defensively, he also provided the assist for the Chicharito goal.